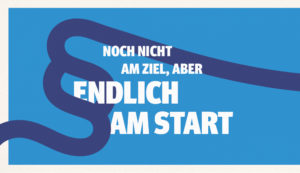 Sections of the European economy are fighting openly or behind the doors against the planned European supply chain law. The organizations “Corporate Europe Observatory” and the “European Coalition for Corporate Justice” have written a study that makes transparent how the economy has tried to influence politics in their favor in the last few months in order to achieve a possible binding European regulation dilute.

Among other things, the conclusion of the study says: The industry “that rather than covering global supply chains, the law should be limited to tier one (ie just the companies’ immediate suppliers, rather than those further down the supply chain). It also lobbies for ‘safe harbours’ that strip away liability, rejecting measures that would improve access to justice for victims.” Instead, it must now be a matter of creating a law “that actually ends environmental and human rights violations, holds companies accountable if they do violate these rights, and brings justice to victims and the environment.” The prerequisite for this, however, is that the drama from Germany is not repeated at EU level, as a result of which an actually very well-written law was massively watered down after a lobby battle. Much remains to be done on the way to a good EU supply chain law!

Please refer: Off the hook? How business lobbies against liability for human rights and environmental abuses