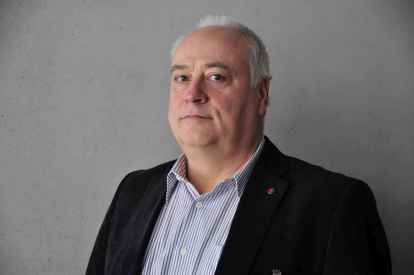 Representative for the IG Bauen-Agrar-Umwelt

“IG Bauen-Agrar-Umwelt is a founding member of XertifiX and has been a member of the XertifiX board since 2005.

The industrial union Bauen-Agrar-Umwelt (IG BAU), with a good 254,000 members (as of 2015), is the fifth largest single union in the German Trade Union Confederation (DGB). It is based in Frankfurt am Main. In Berlin and Brussels she maintains political liaison offices. Federal Chairman of IG BAU has been Robert Feiger since 2013. His predecessor was from November 1995 Klaus Wiesehügel.

IG BAU was created on 1 January 1996 by the merger of IG Bau-Steine-Erden (IG BSE) and Horticulture, Agriculture and Forestry (GGLF), both of which have a long tradition. This goes back to the 19th century.

According to its statutes, IG BAU is responsible for the following economic and administrative branches: construction, building materials industry, waste management and recycling, agriculture and forestry, building cleaning and management, as well as environmental and nature conservation. It represents employees who are active, for example, as construction workers, painters and varnishers, glaziers, roofers, scaffolders, building cleaners, gardeners, gardeners and landscapers, florists, forestry workers, employees in cement works or landscape protection associations.

IG BAU is a grassroots organization with numerous local, city and district associations, trade and business groups. According to statutes, the will formation of the members takes place in the district associations. In addition, the district associations are contact persons for the local members and answer questions about working life and membership. Junge BAU, IG BAU-Frauen, IG BAU-seniors and IGay BAU represent the interests of the respective sub-groups, organize their own actions and events. “(Source: Wikipedia)