Why child labor not only harms children but also adults……. 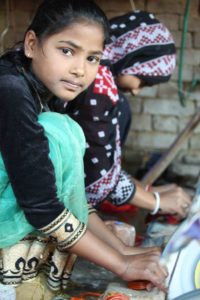 “It would be nice if we could report on the World Day Against Child Labor that children no longer have to work and can instead attend schools, free of charge, close to where they live and until they graduate,” explains the chairwoman of XertifiX e.V. and former vice of the German Trade Union Confederation, Ingrid Sehrbrock.

“But it’s not that far yet. There is progress, of course: According to the International Labor Organization (ILO), 246 million child workers were recorded in 2000, in 2017 it was “only” 152 million. Still, far too many. In addition, the promising decline in recent years has slowed considerably. The children’s aid organization UNICEF fears that at the same pace there will still be 121 million child workers in 2025.

Almost all countries in the world have committed themselves to completely abolish all forms of child labor, starting with the worst, by 2025. ”

The “worst forms of child labor” include (ILO Convention No. 182 of 1999): slavery and slave-like dependencies, forced labor including the use of child soldiers, child prostitution and child pornography, criminal activities such as the abuse of children as drug couriers and other forms of work that can endanger the safety and health of children.

In many sectors of the economy worldwide, children are massively exploited worldwide despite efforts that cannot be denied, be it in the carpet weaving mill, in the textile industry or in stone processing companies.

Of course, it is primarily up to the state to remedy the situation. But weak states that do not enforce the law, corruption and a lack of jobs cement the situation.

Children are not only exposed to harmful substances, work in dangerous environments, up to 12 hours a day, and are paid less than adults.

Can consumers outline the rudder? How can consumers recognize that e.g. B. a natural stone that you want to use for paving in the garden was not produced by children?

If you ask people on the street or in a DIY market, the vast majority are convinced that they should buy fair trade products. But when it comes to the question of how to tell whether one of the many social seals is good or not, most of them cannot tell.

Our seal is on the S i e g e l k l a r h e i t portal, which the Federal Government (BMZ) has set up for more transparency

the seal with the best rating (very good choice). We are proud of that.

If, as a consumer, you want to do something about child labor and you care about the working conditions – also for adults –

Consumers can help ensure that work takes place in decent conditions. Contribute to it!

“The World Day Against Child Labor on June 12th should – once again – remind us all,” warns the chairwoman of XertifiX eV Ingrid Sehrbrock.