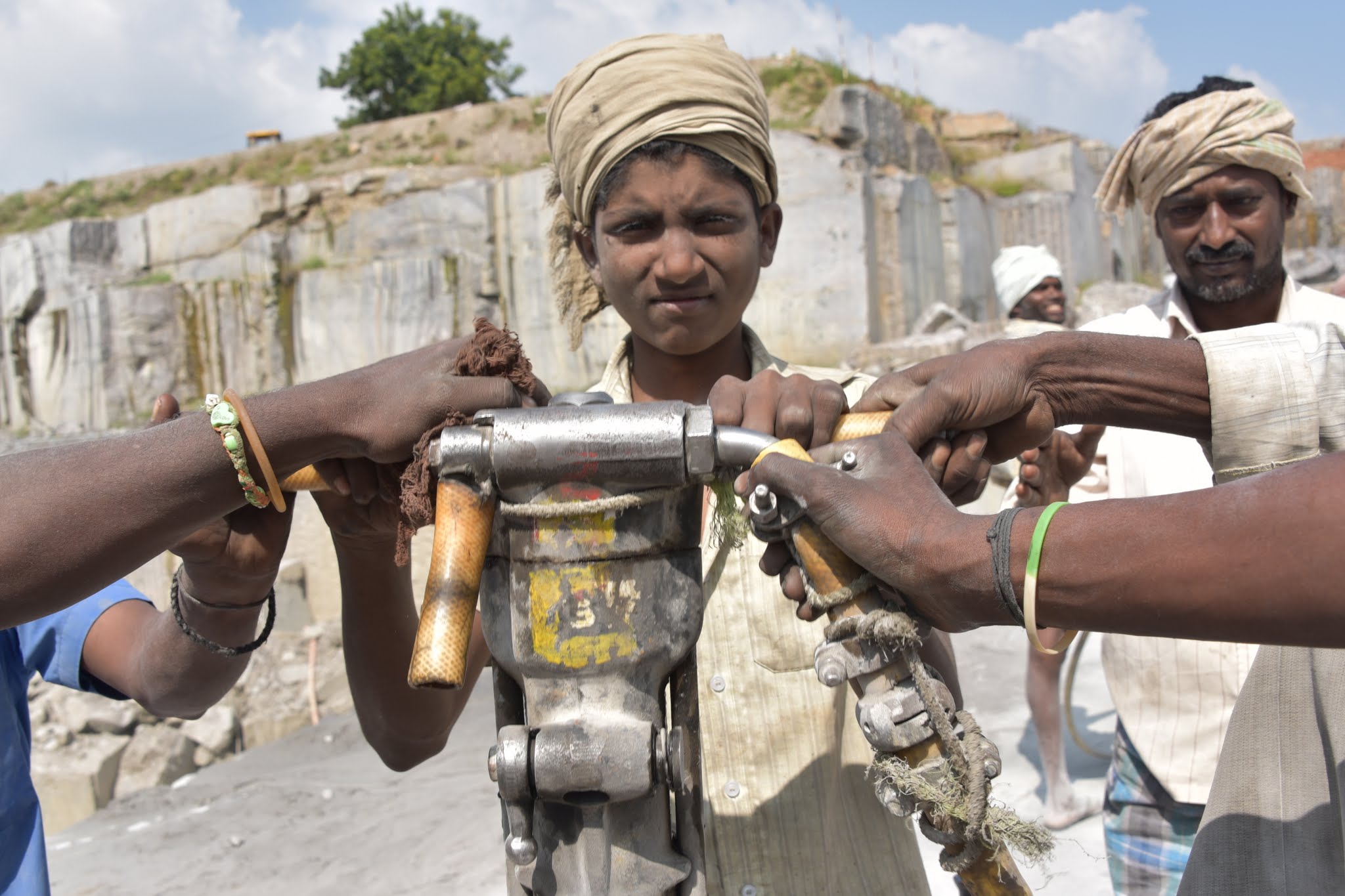 New scientific study commissioned by the Ministry of Health NRW

The study clearly shows that in India, the worst forms of child labor are also to be found in the natural stone sector. This also applies to the Vietnam and Philippines countries. For China, child labor is involved in various economic sectors. In addition, large quantities of natural stone are imported from India to China and then (if necessary further processed) exported to Germany. It is to be assumed that a part of the natural stones purchased from China originally came from India.

On the occasion of the November holidays, the Jugend Eine Welt draws attention to the fact that the working conditions in Indian tombstone quarries are still catastrophic: “UNICEF has repeatedly pointed out that child labor in Indian quarries occurs alarmingly Don Bosco is currently working in a remote quarry in the Krishna district of Andhra Pradesh, where 64 children, including 37 boys and 19 girls, are from poor migrant families. ”

No gravestones from child labor in Bavaria

It was not until December 2015 that the Süddeutsche Zeitung had shown in research on the ground in South India that there were child labor in grave quarries, which also supply Germany. At the time, the import sector had responded succinctly to the fact that it was a single black sheep – without even mentioning the well-known structural problem of child labor in India. The latest efforts by India to combat child labor are also being criticized throughout the world and considered as unsuitable.

“In the future, Bavarian cities and municipalities will be able to pronounce a ban on the use of grave stones from exploitative child labor for their cemeteries. The state parliament unanimously passed a bill of the state government.” [weiter…]

Please refer: Fight against child labor
Please refer: Law draft
You can find an example of a sample application here.

Press release on the day against child labor

Hannover / Frankfurt am Main – On the occasion of the Day Against Child Labor on June 12, 2016, XertifiX and the industrial union Bauen-Agrar-Umwelt (IG BAU) draw attention to the ongoing grievances in the Indian gravestone industry. An investigative search of the Süddeutsche Zeitung in December 2015 has shown that still Children in Indian (grave) quarries (SZ Magazin 09/2016). They are not only used there without any protective equipment in health-endangering jobs, but also do not visit a school. “Children need education, so they only have a chance to take their lives into their own hands and free themselves from the poverty trap, so we can not support structures where children are abused as low-cost volunteers,” says Deputy IG BAU Chairman of the Board of Dietmar Schäfers. Without good education, the next generation remains in poverty. “Anyone who makes a profit through imports of such natural stones is guilty of the fate and the endangering of these children,” said the chairman of XertifiX, Ingrid Sehrbrock. In this case, child labor does not mean a “necessary extra” for families in poverty – as it is sometimes heard – but the health impairment of children and the perpetuation of poverty in every generation![Full announcement in German]

Press release: Joint press release of the IG Bauen-Agrar-Umwelt and XertifiX (in German)

The Süddeutsche Zeitung reports in the magazine of March 4th, 2016 (09/2016) of research carried out on behalf of the Catholic aid organization “Die Sternsinger“:

The result of the investigative research, in which Benjamin Pütter was accompanied by a journalist from the SZ, Björn Stephan: Child workers were found in a south Indian quarry, in which natural stones for tombstones are mined! And: The supply chain is traceable from this quarry with child workers to a German gravestone company! This is a shame – especially given that the import industry is repeatedly and repeatedly denying even the remote possibility that children in quarries could work on raw material for tombstones.

Pütter is the only one in the world who does investigative research in quarries in southern India and detects child laborers in quarries for German tombstones – and has been doing so for over 10 years.

Since his first research, Pütter has been heavily criticized for this work by industry and the specialist press, sued in court and accused of lying. The SZ report shows the earnings of putters and the dangers to which it repeatedly exposes itself in the search for truth. After all, he cannot be accused of any conflict of interest – this time, Putter’s trip was completely independent of XertifiX and was initiated and financed by the aid organization “Die Sternsinger”.

For Germany, the latest findings mean:
It is time for Germany to ban Indian tombstones from graveyards without a serious certificate nationwide. A certificate such as XertifiX not only controls quarries and natural stone processors for child labor, but also improves working conditions and reasonable wages for adult workers.

A few years ago, illegal natural stone mining in South India was uncovered ( we reported ). The convened commission of inquiry (“The Sagayam Committee”) has now submitted a final report. Accordingly, the amount being misappropriated is estimated to be around Rs 65,154.60 crore. Converted into euros, these are almost inconceivable around 9 billion euros (1 crore rupee = 10,000,000 rupees) at the current exchange rate. The report includes 624 pages with 31 volumes Appendix.

On December 1, 2015, the Bavarian Cabinet approved a bill prohibiting gravestones from exploitative child labor. Cemetery operators in Bavaria are therefore allowed a ban on grave stones from exploitative child labor. In doing so, the requirements of the Federal Administrative Court (judgment of 16 October 2013) are taken into account by laying down basic requirements for evidence.

Health Minister Melanie Huml said: “Citizens, stonemasons and cemetery operators can use this regulation to easily and objectively determine whether a certificate is sufficient and therefore recognized.”

“Dispute over the tomb: Is this tombstone fair trade?” 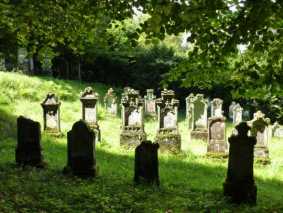 Tagesspiegel: “Those who walk through an autumn cemetery these days run past a lot of unanswered questions. Because many tombstones do not come from local quarries, but from India or China. It is not always clear exactly from where exactly the stones came from these countries, not even under what conditions they were broken and worked out of the quarry. There are organizations that check the production conditions.” [weiter…]