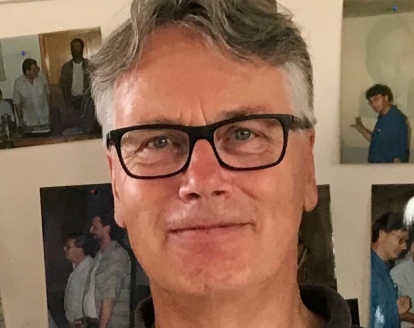 Ulrich Meinecke was Head of iMOVE Training Made in Germany from 2015 until 2019. iMOVE is an initiative of the Federal Ministry of Education and Research to internationalize German education and training services. IMOVE helps German training providers with a comprehensive range of services for opening up international markets. With the slogan “Training – Made in Germany”, iMOVE promotes German competence in vocational education and training abroad. IMOVE is a working area of ​​the Federal Institute for Vocational Education and Training (BIBB) in Bonn.

Since 2013, Ulrich Meinecke was coordinator and Deputy Director. Head of the Central Agency for International Vocational Training Cooperation (GOVET). One of his responsibilities was the office function of the Round Table International Vocational Training Co-operation. The Round Table and the Central Office were launched on the basis of a Cabinet decision of 3.7.2013 and officially opened in September 2013. Roundtable and central office serve a coherent and efficient co-operation of German actors within the framework of VET co-operation.

Previously, Mr. Meinecke had been working at the German Embassy in New Delhi since September 2009. There he was responsible for the area of responsibility “Social & Labor Affairs, Vocational Education & Training” and accompanied the German-Indian working group on vocational training and the resulting activities.
Previously, he spent many years in a responsible position with the United Services Trade Union ver.di, in Hamburg. Most recently, he was bargaining negotiator for the wholesale and retail trade in Hamburg, deputy regional district manager at ver.di Hamburg and managing director of the precursor trade union trade, banking and insurance. In these functions, he had the opportunity to accompany the practical introduction of new or reformed job descriptions, to develop the collective agreements for apprentices and to support the daily quality assurance of training in the company.

Mr. Meinecke holds a Diploma in Education, acquired at the Philipps University Marburg an der Lahn, has participated in numerous in-service training courses (eg in the fields of “Leadership” or “Ecological Management”). He has worked in numerous committees, e.g. on the supervisory boards of Tchibo GmbH and Tchibo Holding (1982 – 2002), on the supervisory board of Otto Verwaltungs GmbH (2002 – 2009) or on the board of the Technology and Innovation Advisory Center Hamburg (TIB) (1997 – 2001). He is co-editor of the Organizing-Standardwer “Never work alone” (Hamburg 2007) and has published numerous articles in Indian publications on “Vocational training” and “Industrial relations”.