XertifiX e.V. received the One World Prize of the State of Baden-Württemberg in the Non-governmental Organization / Private Engagement category on 24.11.2007. The prize is endowed with 1,500 €. 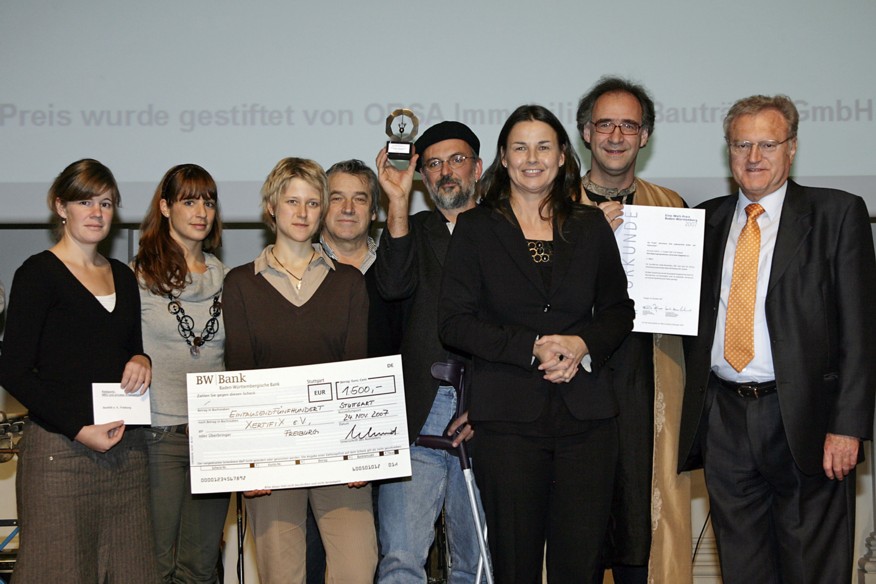 „…The Freiburg Initiative has gotten a ball rolling. It is only a beginning, of course. XertifiX Germany coordinates the work of the Indian partners, motivates German stonemasons to buy sealed bricks and makes awareness-raising public relations work. The success is reflected in important structural changes. Thus, the city of Munich has already changed its cemetery statute to the effect that only sealed stones can be placed in their cemeteries. It is to be wished that Baden-Württemberg cities follow this example as well…“

So far the excerpts from the eulogy, the woman Sabrina Fritz, head of the SWR-Wirtschaftsredaktion radio held. 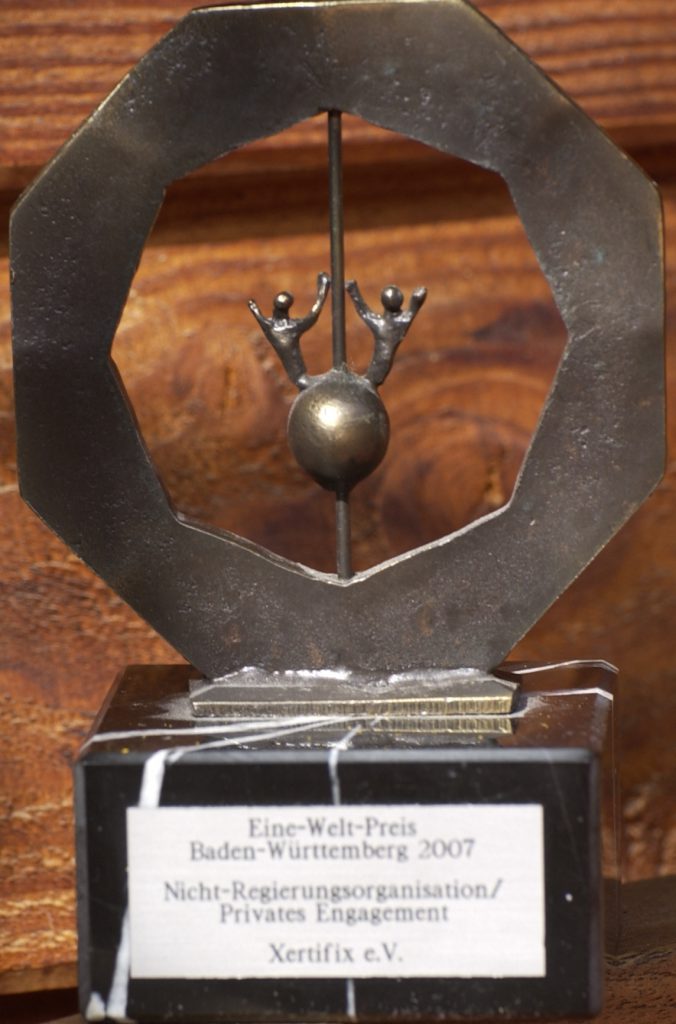 XertifiX would like to thank the Foundation for Development Cooperation Baden-Württemberg for the award, which further strengthens our future work.