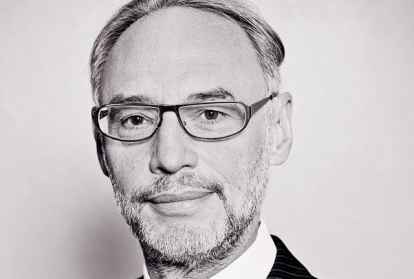 After training as a laboratory assistant at Hoechst AG in Frankfurt, Dietmar Hexel joined the SPD and was active in youth and education work at the DGB and the IG Chemie-Papier-Keramik in Hesse, including: a. as chairman of the Frankfurter Jugendring. In 1968 he joined the SPD. Extra-occupational he studied social work at the FH Frankfurt / M. In 1980 he moved to the main board of IG Chemie – now IG BCE – and headed the works council department under Werner Vitt. In 1986 Franz Steinkühler brought him to Frankfurt am Main for a modernization project of IG Metall. Under Steinkühler, Klaus Zwickel and Jürgen Peters, he was from 1991 Organizational Director of IG Metall. In 2002 he became a member of the executive federal board of the DGB in Berlin.

In the DGB Federal Board, he was responsible for structural industry and service policy with energy, environmental and climate policy, for co-determination, corporate governance and CSR, union organizing policy and development, human resources, internal audit and the DGB-Rechtsschutz GmbH. In 2005, he launched measures to strengthen the DGB trade unions with the Trendwende project.

Among other things, he was a member of the Administrative Council of the Federal Employment Agency, Nuremberg, an expert member of the Bundestag Enquete Commission “Growth, Prosperity, Quality of Life”, Chairman of the Board of the European Academy of Labor (EADA) in the University of Frankfurt am Main and member of the Nominating Committee of the DPR eV (“Bilanzpolizei”). From 2005 to June 2017, Dietmar Hexel was Deputy Chairman of the Supervisory Board of the steel group Georgsmarienhütte Holding GmbH. He was a member of several supervisory boards (Ingersoll GmbH, Alstom GmbH, RAG Aktiengesellschaft). He is married and works today as a supervisor and hypno-systemic coach in Emmendingen / Breisgau.