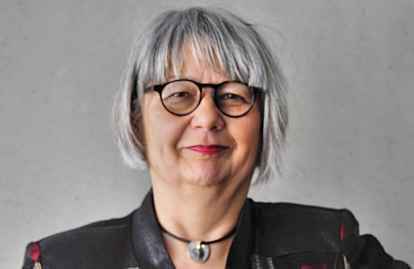 After training as a druggist, she studied from 1971 to 1976 English studies, political science, chemistry and education (teaching) in Frankfurt am Main. In 1976 she joined the union HBV (today a part of ver.di). After working as a student advisor in 1987, she became a personal assistant to the state secretary for women’s affairs in the state of Hesse, in 1989 she became the federal managing director of the Women’s Union of the CDU (under Rita Süssmuth) and head of the women’s and family policy department of the CDU. From 2006 to 2012 she was a member of the Federal Executive of the CDU. From 1987 to 2013 she was deputy federal chairman of the CDA (Christian Democratic Workforce). From the end of 1999 to 2013 Sehrbrock was a member of the DGB Executive Board. She was responsible there for education policy, in particular for education, youth and women’s policy and civil service / civil servants. She was chairman of the board of trustees of the Hans-Böckler Foundation. In 2010, she joined lesbians and gays in the Union to make a mark against discrimination. Sehrbrock has held several supervisory board mandates.

Today, she is also active as Vice President of the Board of Directors of CARE Deutschland-Luxemburg. She is a member of the General Assembly of the Central Committee of German Catholics and several board of trustees, u. a. the Konrad Adenauer Stiftung, the Exposure and Dialogue Program and the CAIDAO Beratungsgesellschaft, a strategy consultancy for works councils, and advises them on questions of gender equality and participation.